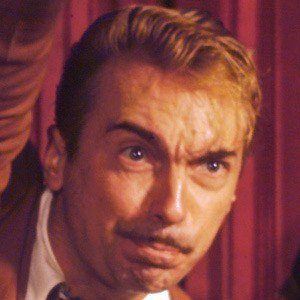 Remembered for his high-energy, genre-mixing piano and vocal performances, this New York jazz musician became associated with the Dixieland, boogie woogie, and Stride piano styles. His numerous recordings include "Get Your Juices at the Deuces" and "Riot in Boogie."

His late-career albums include Who Put the Benzedrine in Mrs. Murphy's Ovaltine and Everybody's Crazy But Me.

Born Harry Raab, he was raised in New York City's Harlem neighborhood by a violinist father. As a child, he studied piano with his musician grandfather.

His music career began after he was discovered in the late 1930s by jazz pianist and Grammy Hall of Fame member Fats Waller.

Harry Gibson Is A Member Of