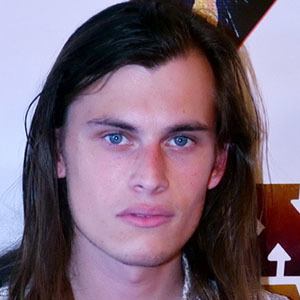 Australian actor who is best recognized for his TV appearances including in American Horror Story: Hotel and The OA. He is also a pop musician known for performing under the name Antiboy.

He made his acting debut in 2013 when he starred in the short film Cigarettes Burn Faster in the Sun. He then gained further attention with feature film debut in Hallucinogen in 2015.

He was nominated for Best Performance in a Drama at the NewFilmmakers festival in Los Angeles in 2018 for his role in Lulu.

He shared a photo with model and reality television star Aquaria through his Instagram in December of 2018.

Harry Hains Is A Member Of