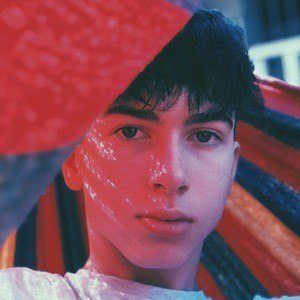 Also known on the web as hm11111 and harrymeaddd, he became both a Funimate and TikTok star. He initially gained a following on Funimate after his video of "Soap" by Melanie Martinez was featured.

He became passionate about the arts at a young age. He learned to play the piano and enjoys drawing and acting.

He earned the verification crown on his harrymead TikTok and amassed more than 150,000 fans on the app before his account was disabled in 2019.

His fanbase on TikTok took off after he posted a "whisper challenge" video with his sister. He has two other siblings.

In celebration of 200,000 fans on TikTok, he posted a video to the app that featured the Justin Timberlake song "Can't Stop the Feeling."

Harry Mead Is A Member Of