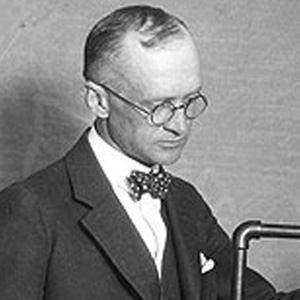 University of Wisconsin–Madison biochemist who discovered what became Vitamin D. He also developed the cure for rickets.

He found that irradiating most organic foods with ultraviolet light increased in them the concentration of Vitamin D.

He was offered as much as one million dollars for the rights to the vitamin D discovery, and decided instead of enriching himself to give the money to the University.

He married late in life and his wife was a lab assistant of his.

A few decades before him the Dutch scientist Christiaan Elijkman discovered vitamins exist in foods.

Harry Steenbock Is A Member Of