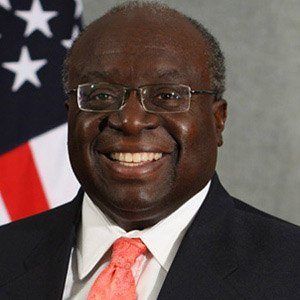 This American diplomat served as Ambassador to Bangladesh from 2003 to 2005 and as Ambassador to the Philippines from 2010 until 2013. He had previously held office as the U.S. State Department's Executive Secretary.

After graduating from the College of the Holy Cross in Worcester, Massachusetts, he enrolled at Columbia University in New York, New York.

He attained fluency in Bengali, Spanish, and Hindi.

He was married twice -- to Ericka Ovette and, later, Mithi Aquino -- and fathered a daughter named Casey Merie.

During her tenure as United States Secretary of State, Condoleezza Rice hired Thomas as her assistant.

Harry Thomas Jr. Is A Member Of