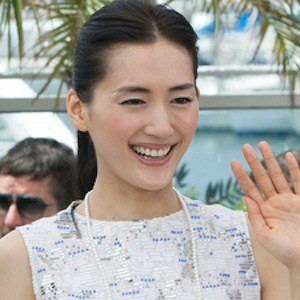 Famous for her award-winning performances in the Japanese television shows Crying Out Love, in the Center of the World (as Hirose Aki); Byakuyako (as Karasawa Yukiho); and Kyo Wa Kaisha Yasumimasu, Ayase is also notable for her work in the films Our Little Sister (as Sachi) and Akko's Secret (as Akkochan).

She made her screen acting debut in a 2002 Japanese movie titled Jam Films. Shortly thereafter, she appeared in the television miniseries Say Hello to Black Jack.

A singer as well as an actress, she released two Japanese Top 10 singles in 2006: "Period" and "Kosaten Days."

Born Aya Tademaru, she spent her youth in Hiroshima, Japan.

She appeared alongside Ken Takakura in the 2012 Japanese movie Dearest.

Haruka Ayase Is A Member Of