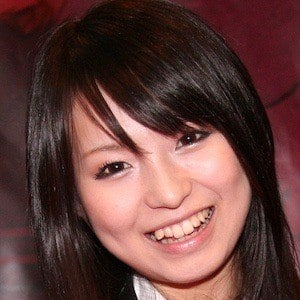 Best known as the lead singer for the all-female Japanese rock band SCANDAL. She co-founded the group in 2006, and has gone on to perform as the lead vocalist since. She has gone on to appear across film, television, and radio in Japan as a member of Scandal.

She met her three bandmates in 2006 while all were high school students. The four met in a dance class called Caless, and began collaborating and performing live in a local park.

In 2014, she and her bandmates released their sixth studio album Hello World. It debuted at #3 on the Oricon Japanese music charts, and eventually peaked at #1 on the Canadian iTunes World Music chart.

She was born and raised in Aichi, Japan.

Her band Scandal was nominated for the Japan Record Award for Best New Artist in 2010, but lost to Yaeyang's group Big Bang.

Haruna Ono Is A Member Of