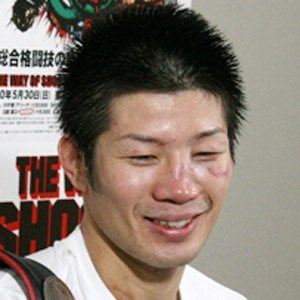 He made his debut in 2002 against Masanori Sugatani, a fight in which he won by submission.

He won the first 3 fights of his career before falling to Hiroyuki Takaya.

He was born in Nagoya, Aichi, Japan.

He defeated Jeff Curran by unanimous decision to earn his 10th victory.

Hatsu Hioki Is A Member Of