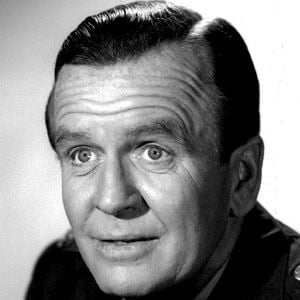 Best remembered for his role as Dr. Alfred E. Bellows on the popular situation comedy I Dream of Jeannie, this screen actor also appeared in such 1950s and 1960s films as Pillow Talk and The Night Walker. Additionally, he had recurring roles on the television series No Time for Sergeants and Dr. Kildare.

He received his theatrical training at the American Academy of Dramatic Arts. During the 1930s and early 1940s, he performed in Broadway productions of As You Like It and The Philadelphia Story.

He appeared, uncredited, in a World War II-era Ronald Reagan feature titled This is the Army.

He grew up in New York City as the son of actress Margaret Rorke. Openly gay, he lived for many years with director Justus Addiss.

He appeared with actress Ida Lupino in the late 1950s television series Mr. Adams and Eve.

Hayden Rorke Is A Member Of