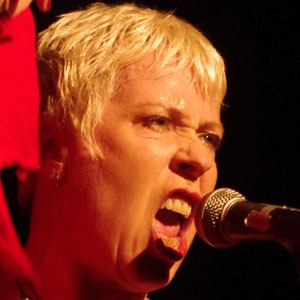 Singer from England who rose to stardom on the strength of hit 80's singles like "Eighth Day". Her album "Breaking Glass" went double platinum in 1980.

Before making it big as a singer, she made her screen acting debut in the 1975 film "Girls Come First".

She was in a film called "Breaking Glass" the year her album of the same name was released, which led to her winning the Best Film Actor award from the Variety Club of Great Britain.

Her father was a World War II soldier who worked in a car plant.

She narrowly beat out Toyah Willcox, who happens to be her friend, for the lead role in "Breaking Glass".

Hazel O'Connor Is A Member Of