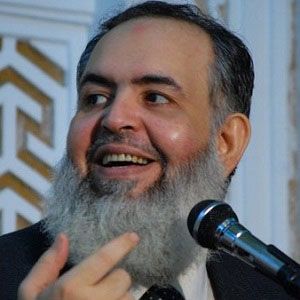 Notable for his membership in the Islamic Salafi political movement, Ismail was disqualified as a candidate in the Egyptian presidential election of 2012. In 2013, he founded an Islamist political group known as The Nation Alliance.

He earned his law degree from Cairo University.

He was raised in Egypt as a member of a family of the Sunni Islamic faith.

At the conclusion of the 2012 election in which Ismail attempted to run, Freedom and Justice Party politician Mohammed Morsi was named President of Egypt.

Hazem Salah Abu Ismail Is A Member Of