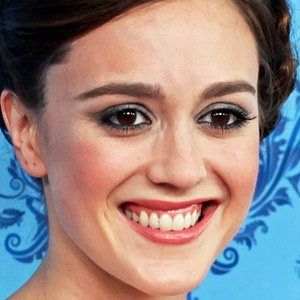 Dark-haired actress who had roles in the 2013 independent films A Single Shot and Half the Perfect World.

She had her first acting role at age 18 on a 2011 episode of the series Blue Bloods.

She became known to television audiences for her role as Katy on the HBO drama Boardwalk Empire.

She has a twin sister, actress Christina Bennett Lind.

She acted alongside Steve Buscemi on 13 episodes of Boardwalk Empire from 2011 to 2012.

Heather Lind Is A Member Of