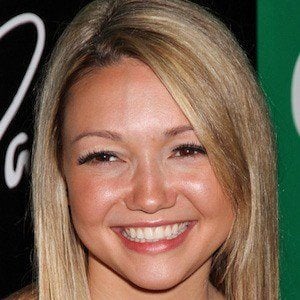 Reality TV star who is best known for her appearance on the MTV series The Real World. She appeared on the show's Las Vegas season in 2011.

She has studied communications at Monmouth University. While there, she was also a member of the Delta Phi Epsilon sorority.

She began dating her fellow cast member Dustin Zito while she was on the show. The two went on to appear in MTV's reality series Couples Therapy in 2013.

She was born and raised in Delran, New Jersey.

She also appeared alongside Nany Gonzalez, who was a fellow housemate, on The Real World: Las Vegas.

Heather Marter Is A Member Of