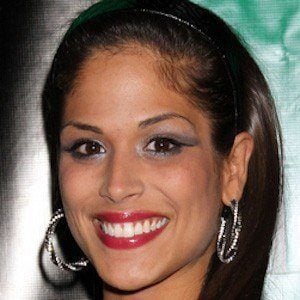 Dominican-American MTV reality personality from The Real World: Las Vegas, the 25th season of the show which took place in 2011.

She was a Criminal Justice major at Jamestown Community College in hopes of pursuing a career as a parole officer.

She was an athlete and dancer for a semipro hockey team.

Her father was incarcerated before she was born and she never met him. Her mother previously suffered from crack addiction. She was dating Jordan Berg for a number of years, on and off. She found out that her father died in 2002 and that she had a brother and sister after hiring a private investigator.

She competed on the same season of The Real World as Dustin Zito.

Nany González Is A Member Of