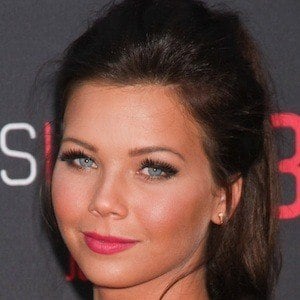 Television and film actress, she is best known for her role as Laura Barns in the 2014 Universal and Blumhouse co-production Unfriended. She also became a cast member at the Disney parks.

She began acting and playing guitar at a very young age. At 18 years old, she appeared on MTV to demonstrate her singing and songwriting abilities. After that she took part in the mass audition to become one of the first cast members at Disneyland Paris. She, along with two other girls were chosen for the one-year training and performing program.

She said in interviews that the most impressive part of the film Unfriended was how it portrayed cyberbullying as something anyone can engage in, even if accidentally. She expanded by saying that teenagers aren't always aware that there are consequences to their online actions.

She married artist Brad Burbich in 2014 and they have two pet dogs. She has two sisters, with whom she began acting when they were children.

In 2014 horror flick Unfriended she starred alongside Renee Olstead.

Heather Sossaman Is A Member Of