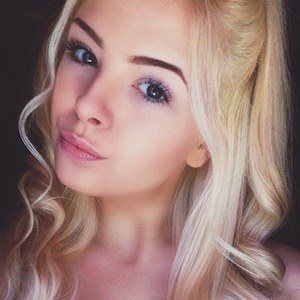 Featured and crowned TikTok creator whose lip sync videos set to artists like Lady Gaga, Drake, and Avril Lavigne have earned her more than 180,000 dedicated followers on her okheavenly account.

Long before TikTok became a popular app, she first joined social media in June 2011 with her Twitter account.

She graduated high school at only 15 years old.

She has one brother and a half sister. She was adopted by her grandparents.

One of her most popular musicals is a featured lip sync set to Kat Dahlia's "I Think I'm in Love."

Heaven Leigh Freeman Is A Member Of