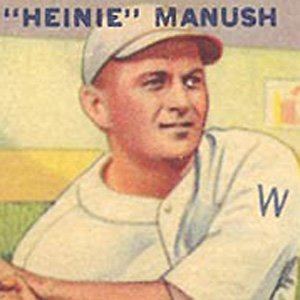 He played baseball in Canada before beginning his major league career.

He narrowly lost out the American League MVP Award in 1928.

His older brother Frank played for the Philadelphia Athletics in 1908.

During his rookie year in 1923, he played in the same outfield as Hall of Fame hitter Ty Cobb.

Heinie Manush Is A Member Of