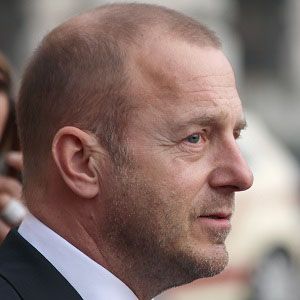 Famous for his work in the films Run Lola Run (as Ronnie), The Tunnel (as lead character Harry Melchior), and Downfall (as Albert Speer), he is also notable for his stage work at Berlin's Schiller Theatre.

During his youth, he performed in stage productions at Germany's Stadttheater Bremerhaven; competed as a member of the German National League of Gymnastics; and studied drama, voice, and dance at the Mozarteum University of Salzburg.

At the conclusion of a nearly decade-long relationship with German film actress Suzanne von Borsody, he became involved with Dr. Julia von Pufendorf; the couple welcomed a daughter named Louisa in 2000. Several years later, he married Marie-Jeanette Steinle; they soon became parents to children named Ava and Gustav (born in 2008 and 2013, respectively).

He co-starred with Christian Clavier in a 2002 television miniseries titled Napoleon.

Heino Ferch Is A Member Of