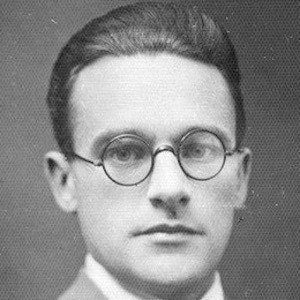 Estonian poet who wrote during the first half of the twentieth century. His two poetry collections -- Palavik and Kohtupaev -- were published during the mid-1930s.

His first poems were published in the Looming literary magazine.

He was deported to Siberia in May of 1945 during the Soviet Occupation of Estonia.

His father was a doctor, and his mother was a piano teacher.

He was born in the same country as fellow poet Viivi Luik.

Heiti Talvik Is A Member Of