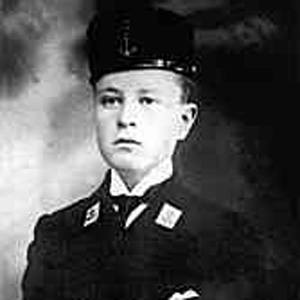 Turkish poet, author, and Communist revolutionary whose works have been translated into over fifty languages. His poetry collections include The Day Before Tomorrow and Human Landscapes.

He studied in the 1920s at the Communist University of the Toilers of the East.

He wrote his famous poem, "I Come and Stand at Every Door," from the point of view of a child killed in the atomic bombing of Hiroshima, Japan.

His father held a government position in Salonica (then in the Ottoman Empire) at the time of Hikmet's birth.

He was influenced by the ideology of Communist revolutionary Vladimir Lenin.

Nazim Hikmet Is A Member Of