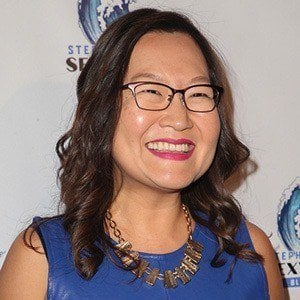 Stand-up comedian and actress featured in the Coen Brothers' 2013 film Inside Llewyn Davis who has guest-starred on TV shows such as Pretty Little Liars, New Girl, Parks and Recreation, and Inside Amy Schumer. She had larger recurring roles in The Thundermans and Blunt Talk.

She got her start with stand-up comedy, appearing on late night shows and talk shows such as Last Call with Carson Daly, The Arsenio Hall Show and Comics Unleashed.

She became the host of an eHow.com series called Geek VS Geek

She has worked between Los Angeles and New York City.

She was a panelist on the TV series documentary That's Racist with Mike Epps.

Helen Hong Is A Member Of

The Thundermans
Inside Llewyn Davis
Sid is Dead
34 Year Olds