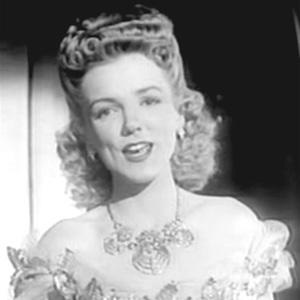 Vocalist with the Jimmy Dorsey band who recorded "Green Eyes," Tangerine," and "Yours."

She had a smooth voice that attracted her to big bands.

She had the program Here's Hollywood, on which she would interview celebrities.

She sang duets with Johnny Mercer.

Helen O'Connell Is A Member Of