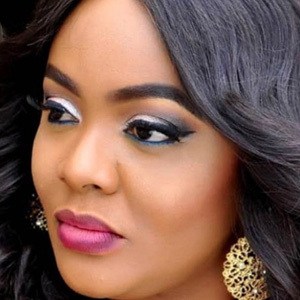 Nigerian comedian, singer, and actress who is best recognized for her stand up comedy routines where she portrays the character Tatafo. She is also known for having starred as an actress in the productions Mama Put, Igboya, and Akii The Blind.

She earned her degree in Theater Arts from the University of Lagos. She started her career as an actress and comedian in 2011 when she made her debut in The Return of Jenifa. That same year she earned recognition when she won the City People Entertainment Magazine Award for Female Comedian of the Year.

She has won several awards for her career in entertainment including Comedian of the Year at the 2012 African Film Awards as well as a Nigerian Broadcasters Merit Award in 2014 for Outstanding TV Presenter.

She was born and raised in Lagos and shared a photo with her husband to Instagram in August of 2019.

She shared a photo with former Nigerian President Olusegun Obasanjo at an event during the opening of her school the Helen Paul Theater and Film Academy.

Helen Paul Is A Member Of