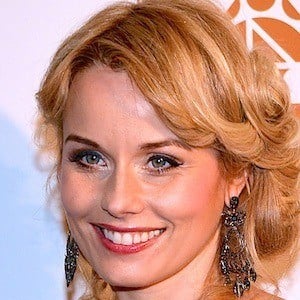 Notable for her performances in the Swedish films The Hypnotist,Cornelis, and Tur & Retur. She is also well known for her work in television series such as Rederiet, Heja Bjorn and Oskyldigt Domd. In 2019, she began starring in Netflix's Quicksand as Mimmi.

She co-starred with Rolf Lassgård in the 2013 television miniseries Death of a Pilgrim.

Helena af Sandeberg Is A Member Of