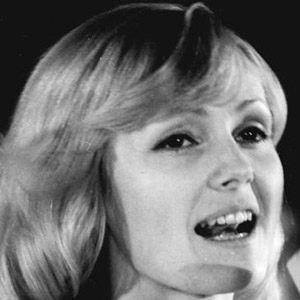 With a career that spanned the 1970s, 1980s, 1990s, and first decades of the 2000s, this prolific Czech musician had become her country's most popular singer by the time she was in her mid teens.

In her late teens, after winning a national Czech talent competition, she recorded a Czech version of the popular American folk song "Red River Valley."

Her second husband, Michael Martin, served as her musical and theatrical manager. Her first marriage was to a German musician named Helmut Sickel; she also had a lengthy relationship with Czech lyricist Zdenek Rytir.

Helena Vondrackova Is A Member Of