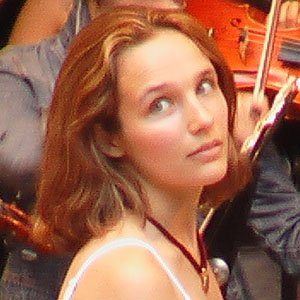 Musician who was described as "a reinventor of phrasings, a taker of chances." She was the co-founder of the Wolf Conservation Center.

She began studying at the Conservatoire de Paris in 1982, winning its 1st Prize in 1985.

She was known to have synesthesia, a neurological condition that gave her the ability to see music as color.

She relocated to Tallahassee, Florida, for a time in 1991 to be with her boyfriend, a bassoon professor at Florida State University.

She was favorably compared to Glenn Gould.

Helene Grimaud Is A Member Of