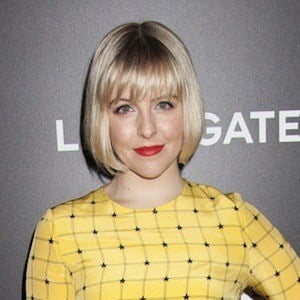 Television and theater actress who is best known for her portrayal of Jane Martin on the hit Showtime series Masters of Sex. In 2018, she began starring on Comedy Central's The Other Two. She has also been cast in Broadway productions of American Psycho and Wicked.

She attended the University of Michigan.

In 2017, she was cast in a recurring role on The Good Fight.

She was cast on Masters of Sex which starred Lizzy Caplan.

The Other Two
Masters of Sex
The Good Fight