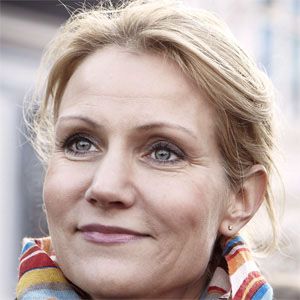 She studied political science at both the College of Europe (Brussels, Belgium) and the University of Copenhagen.

While living in Belgium, she did consulting work for the Danish Confederation of Trade Unions.

She married World Economic Forum member Stephen Kinnock in 1996; they had daughters named Camilla and Johanna.

She was criticized for the 2013 "selfie" photo that she took with American President Barack Obama and English Prime Minister David Cameron at the funeral of Nelson Mandela.

Helle Thorning-Schmidt Is A Member Of