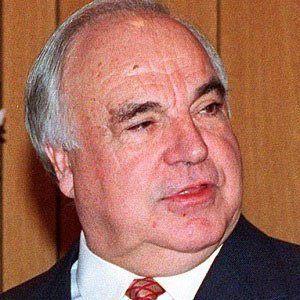 German conservative politician who was the Chancellor of Germany from 1982 to 1998. Many historians credit him with reunifying West and East Germany.

He was drafted into World War II in the last weeks of the war but never saw any combat.

He helped design the Maastricht Treaty, which established the European Union, in 1993.

He had two children with his wife Hannelore Renner, whom he was married to from 1960 to 2001.

He received the Presidential Medal of Freedom from President Bill Clinton in 1999.

Helmut Kohl Is A Member Of