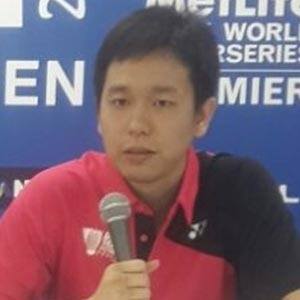 Badminton player who is widely regarded as one of the greatest men's doubles players ever. He is an Olympic gold medalist for Indonesia and a multiple-time BWF World Champion.

He played for the Jaya Raya Jakarta badminton club as a young man.

He earned his first number one world ranking while partnered with Markis Kido in 2007.

He married a woman named Sandra in 2011. He has children named Richard, Russell and Richele.

He has partnered with Mohammad Ahsan.

Hendra Setiawan Is A Member Of