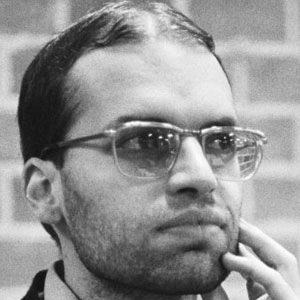 Brazilian chess master who dominated in his own country in the 1970s and did very well in international competition.

He was the first Brazilian to become a Grandmaster, when he achieved the ranking in 1971.

His nickname is Mequinho and he won the Interzonals of Petropolis 1973 and Manila 1976.

He was born and raised in Santa Cruz do Sul, Brazil.

He, alongside Eugenio Torre, was an example of chess popularity on the rise worldwide.

Henrique Mecking Is A Member Of