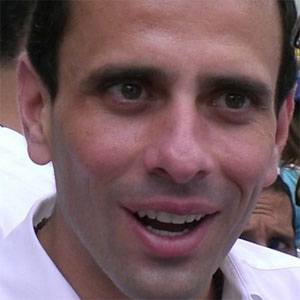 Venezuelan lawyer and politician who was elected governor of Miranda in 2008. He ran for President of Venezuela in 2012 and again in 2013.

He served as mayor of the Baruta Municipality of Caracas from 2000 to 2008 and was in power during the 2002 coup attempt.

He was born in Caracas, Venezuela where he spent much of his career.

The first time he ran for president, he was running against then-incumbent Hugo Chavez.

Henrique Capriles Radonski Is A Member Of