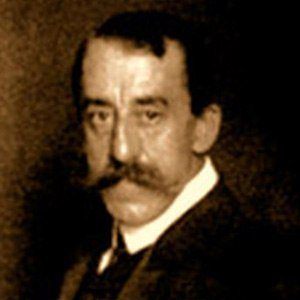 A pioneer of Art Nouveau in Belgium and designer of the Boekentoren, the library of Ghent University. He was also a painter and interior designer.

He studied painting at the Royal Academy of Fine Arts with the famed Charles Verlat, after which he went to Paris to enroll in Carolus-Duran. He was influenced by the neo-impressionist style of Paul Signac and Georges Seurat.

His first design was his own house located in Ukkel--Bloemenwerf--which was fashioned after the Arts and Crafts Movement.

His family was residing in Antwerp when he was born. He married Maria Sethe in 1894.

His painting was influenced by Vincent Van Gogh after he saw an exhibition of the artist's work at Lex XX.

Henry van de Velde Is A Member Of