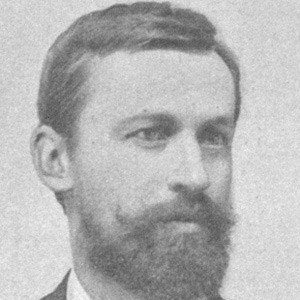 Popularized Viennese, secession-style building designs in his native Slovenia. He was the mastermind behind the urban plan for Ljubljana, the Carniolan capital.

He graduated from the Vienna University of Technology in 1889. Upon graduation, he traveled throughout Asia and Europe on a scholarship for three years.

He designed more than 20 notable landmarks, including three palaces.

His wealthy family was residing in Stanjel when he was born. His father, Antonio Fabiani, was of Bergamasque descent, while his mother, Charlotte von Kofler, was of Tyrolean descent.

He and fellow architect Joze Plecnik were both born in Slovenia.

Max Fabiani Is A Member Of