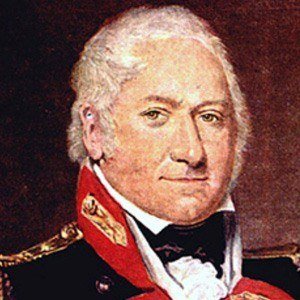 Inventor of the long-range artillery projectile whose name became synonymous with shells that explode into many fragments.

He worked as an officer in the Royal Artillery, which gave him the opportunity to develop his invention.

His artillery shell was very lethal and was packed with many small projectiles designed to pierce the flesh.

His shrapnel rounds' damage was witnessed firsthand by the writer Francis Mason when he served in the artillery corps in the French army.

Henry Shrapnel Is A Member Of