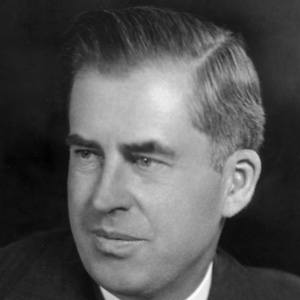 Vice President under Franklin Roosevelt who helped shape the administration's farming policy. He was replaced by Harry S Truman on the Democratic Party's 1944 Presidential Ticket and thus missed out on becoming President by just 82 days.

Part of a farming family, he wrote for Wallace's Farmer magazine and made early experiments in creating high-yield crops.

Selected to epitomize FDR's 'common man' approach and to secure Iowa's crucial farm work, he instituted the Agricultural Adjustment Act of 1933 to help farmers struggling from the Depression.

His father Henry Cantwell Wallace was secretary of agriculture under Warren G. Harding.

Earl Butz, who was Secretary of Agriculture after him, also became well known for his mocking of minorities.

Henry Wallace Is A Member Of