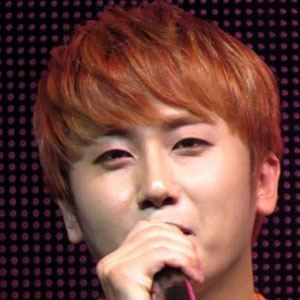 Best known for his membership in South Korean boy band SS501, this pop singer also released several Japanese-language solo albums, including Memories to You and Overjoyed. Also an actor, he played the role of Kaki/Heo Young Saeng on a Korean television series titled I Need A Fairy.

After attending the performing arts program at the University of East Seoul, he signed with the S.M. Entertainment record label. He later became an artist with DSP Media.

He and his SS501 bandmates released their first album, Warning, in 2005.

He grew up as an only child in South Korea's North Jeolla Province.

He and fellow singer Kim Hyun-Joong were both members of SS501.

Heo Young-saeng Is A Member Of