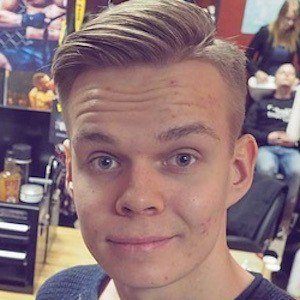 YouTube gamer who is known for his Herbailua channel. He has gained a following for his eclectic blend of videos, including his gaming highlights and comedic vlogs.

He has amassed more than 360,000 subscribers to his YouTube channel since its beginning. One of his most popular videos, "Tässä on Sansa," has garnered more than 300,000 total views.

He and fellow Finnish YouTuber Lakko are both known for their detailed gaming tutorials.

Herbalisti Is A Member Of