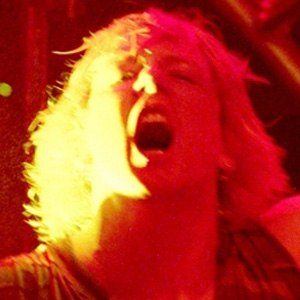 He wrote several songs for the Scorpions, including "Falling in Love" and "Another Piece of Meat."

He was born in Schmelz, Germany. He published a 2011 autobiography entitled And Speaking of Scorpions.

He co-founded a record label with Prince Albert II of Monaco.

Herman Rarebell Is A Member Of