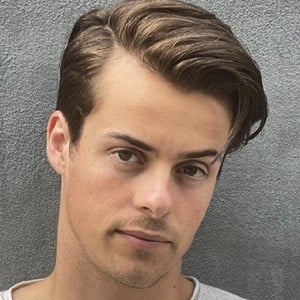 Norwegian actor, dancer, and singer who became known from his success as Chris on the NRK series Skam (aka Shame). He also became popular on social media outlets like Vine and Instagram.

He started on the series Skam in 2015, but has been a performer from a young age.

He gained a strong fan base on Instagram, with over 2.5 million followers and growing.

He has a younger brother named Teodor. He has dated soccer player Amalie Snolos.

He appears alongside Josefine Pettersen on Skam.

Herman Tommeraas Is A Member Of