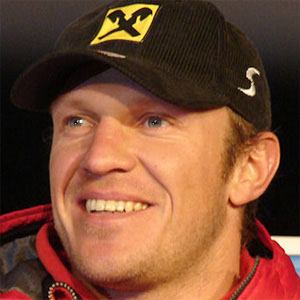 Two time gold medalist for the alpine skiing events super G and giant slalom at the 1998 Nagano Winter Olympic Games. He also won a silver and bronze medal at the 2006 Turin games for the same events.

He had growth impairments as a teenager which could have hindered any success he went on to have as an alpine skier.

He won 3 golds, 2 silvers, and a bronze in World Championship events.

He was born in Altenmarkt im Pongau, Salzburg, Austria.

Following his gold medal victories, he appeared on The Tonight Show with Jay Leno.

Hermann Maier Is A Member Of