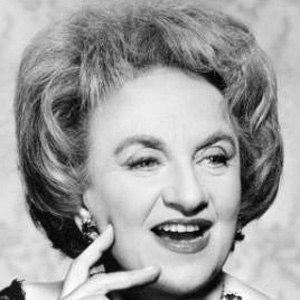 Stage and screen actress who is best remembered for her performances in the Broadway musicals John Murray Anderson's Almanac and A Little Night Music. Her role in the latter production earned her a 1973 Tony nomination for Featured Actress in a Musical.

She made her stage debut in a 1908 production called Pinkie and the Fairies.

She was honored with a Golden Globe Award for Best Supporting Actress for her role in the 1958 film version of Gigi.

She and Shirley Jones both appeared in the 1962 film version of The Music Man.

Hermione Gingold Is A Member Of