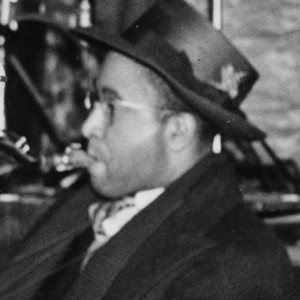 He was working in Kansas City with the Count Basie Orchestra after they chose to expand because of their contract with Decca Records.

He earned acclaim with the band because of his performances on "One O'Clock Jump," "Doggin' Around," and arguably his best-known work in "Blue and Sentimental."

He born in Denton, Texas and also grew up in Kansas City, where his cousin was a musician.

He performed with many of the jazz greats of his time, among them Lionel Hampton.

Herschel Evans Is A Member Of