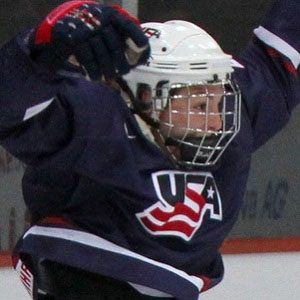 Forward who collected silver medals representing the United States at the 2010 and 2014 Olympics and won gold at the 2013 IIHF World Women's Championships.

She played college hockey for the Wisconsin Badgers.

She was born in San Francisco, California.

She lost to Becky Kellar-Duke and the Canadians, settling for silver at the 2010 Olympics.

Hilary Knight Is A Member Of