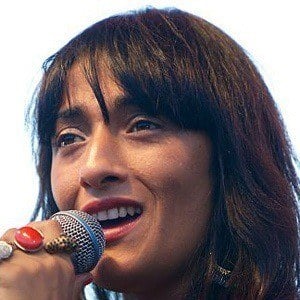 Moroccan singer and multi-instrumentalist whose 2010 full-length debut Handmade earned her a Victoires de la Musique Award and the Prix Constantin for Best Album. She is known for singing in English as well as Berber languages.

She lived in Khouribga, Morocco until the age of fifteen, when she moved to Paris, France with her father. She worked at the Louvre as a teenager.

She branched out into the world of acting in 2014, when she appeared in the films The Cut and The Narrow Frame of Midnight.

Her mother was a dancer and actress. Her father was a soldier in the military.

Music critics have often compared her voice to that of Portishead's Beth Gibbons.

Hindi Zahra Is A Member Of