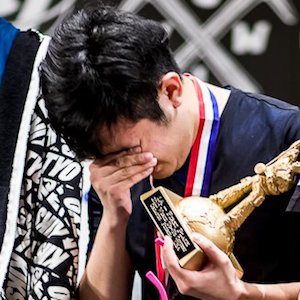 Japanese yo-yo competitor who has become a multiple-time winner of the World Yo-Yo Contest since winning his first title in 2004. He is an in-demand performer at public events and once set a Guinness World Records for most eli hops in 30 seconds.

He was born in Aichi, Japan and participated in his first World Yo-Yo Contest in 2001.

He received the University President Award for his contributions to competitive yo-yo in March 2011.

His younger sister Megumi is an expert rope skipper, setting a world record for most skips in 30 seconds.

He and Martina Sablikova have both set world records in their respective sports.

Hiroyuki Suzuki Is A Member Of