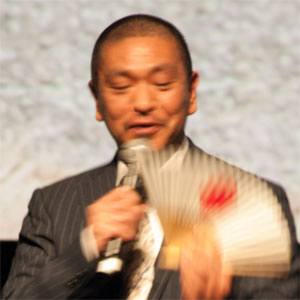 Most famous as one half of a Japanese comedy duo known as Downtown, he also directed and appeared in a Cannes Film Festival piece titled Big Man Japan.

As a child, he dreamed of becoming a manga artist. His aspirations changed, however, when he and his comedy partner, Masatoshi Hamada, established their Downtown duo in 1983.

He played the lead role in the acclaimed 2009 film, Symbol.

He and his wife, television host Rin Ihara, welcomed a daughter in late 2009.

He and fellow comedian Higashi Sonomanma both had successful careers in Japan.

Hitoshi Matsumoto Is A Member Of