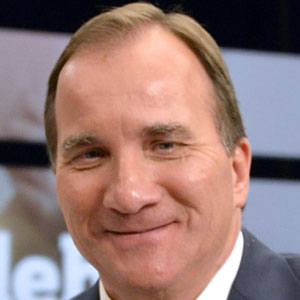 Swedish politician who became the Prime Minister of Sweden in October 2014. In 2012, he took up his position as the Leader of the Social Democratic Party.

He was raised by foster parents and worked as a welder prior to his political career.

He announced his plans to form a government with the Swedish Green Party on the night of his election.

He succeeded Frederik Reinfeldt as the Prime Minister of Sweden.

Stefan Lofven Is A Member Of