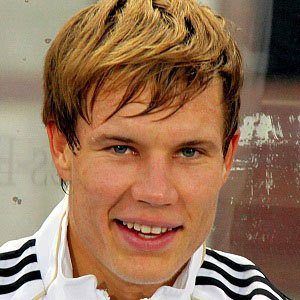 German centre back who has enjoyed great success since joining Bayern Munich's first team in 2009, winning Bundesliga, DFL-Supercup and FIFA Club World Cup titles, among others. In 2010, he earned a bronze medal while representing Germany at the FIFA World Cup.

He suffered a season-ending thigh injury in April 2015.

His parents are Helga and Hermann Badstuber. He has a sister named Ute.

He played alongside German team captain Philipp Lahm at the 2010 FIFA World Cup.

Holger Badstuber Is A Member Of