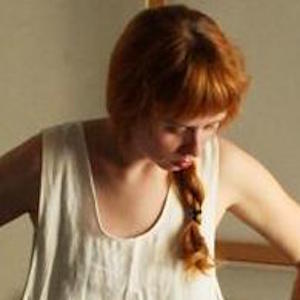 Composer and musician most well known for her use of computer programming to craft her popular albums like Movement and Platform. She was also gifted the Elizabeth Mills Crothers award for Best Composer in 2010 for her vocal-generated piece 195.

In 2012, she enrolled at Stanford University to pursue her doctorate in composition.

She grew up in Tennessee but moved to Berlin as a teenager where she began to immerse herself into the dance and techno scene.

Both she and Nicolas Jaar gained fame and acclaim as established electronic composers.

Holly Herndon Is A Member Of